The paper examines the problem of searching for an effective methodology for identifying, systematizing and analyzing state legal concepts of Russian political scientists of the 19th and early 20th centuries. Despite the available studies to date on individual state-legal concepts in the Russian Empire, their comprehensive research, general theoretical analysis and systematization is required, what is possible only if there is a proven methodological basis. The aim of the work is to present the stages and results of the authors' approach to the identification, systematization and evaluation of state-legal concepts in Russia in the 19th and early 20th centuries, which can be used as a basis for conducting similar studies in relation to other sectoral legal exercises. The paper substantiates the algorithm for obtaining systematic knowledge about the entire complex of state-legal concepts of the designated period showing the features of dissertational and monographic studies, the specifics of work with articles in the periodical legal press. The issues on the effectiveness of state-legal exercises are separately touched upon and a mechanism for using the forms of scientific knowledge obtained in the past is proposed to determine the novelty and relevance of the studies conducted today.

Gorozhanin A. V. Policistics and the statehood idea in the history of legal concepts: History and legal aspect: the theses of... the doctor of jurisprudence. - St. Petersburg, 2000. 425 p.

3. Kuprits N. Ya. From the history of state-legal thought of pre-revolutionary Russia. - M., Publishing house of Moscow University, 1980. 168 p.

4. Loba V. E. The concept of punishment in the thesis research of the universities in the Russian Empire: genesis and development. - Armavir, 2010. 159 p.

5. Makiev S. D. The award of academic degrees in the field of Roman law in the universities of the Russian Empire. Thesis... Candidate of Legal Sciences. - Makhachkala, 2006. 235 p.

8. Grafskiy V.G. The problem of the relationship between power and knowledge in the history of political thought: the thesis... of the Doctor of Juridical Science. - M., 1992. 350 p.

9. Grafskiy V. G. Comparative history of political and legal ideas and views as a scientific problem. Proceedings of the Institute of State and Law of the Russian Academy of Sciences. 2010. No. 3. P. 100-119.

14. Shulzhenko Yu. L. The concept of "parliamentarism" in the domestic science of state law in the pre-revolutionary period. Proceedings of the Institute of State and Law of the Russian Academy of Sciences. - 2015. № 5. P. 14-37.

15. Shulzhenko Yu. L. Domestic state law science in the period of the bourgeois republic in Russia. Proceedings of the Institute of State and Law of the Russian Academy of Sciences. - 2011. No. 3. P. 5-29.

16. Shulzhenko Y.L. Investigation of the problems of parliamentarism in the Soviet period. Proceedings of the Institute of State and Law of the Russian Academy of Sciences. 2017. V. 12. No. 2. - Pp. 32-56.

22. Stefano C. M. Some Remarks on Methodology in Legal Studies in the Light of the Challenges that Globalization Poses to Legal Concept. Revista catalana de dret públic. No. 48. p. 119-133. 2014.

25. History of political and legal concepts. Textbook for high schools. Under the general editorship of Corresponding Member of the RAS V. S. Nersesiants. - M., 1995. 736 p.

26. Puzikov R. V. The legal concept in the field of legal regulation: Problems of theory and practice: the thesis of ... the candidate of Juridical Sciences. - Tambov, 2003.

30. Apolsky E. Baranov P. Mamychev A. Mordovtsev A. Ovchinnikov A. Doctrinal and Legal Developments of the State Law Institutions in the Context of the Russian Legal Mentality (XIX - Early XX Centuries), Man in India, 2017. 97 (23): 105-113 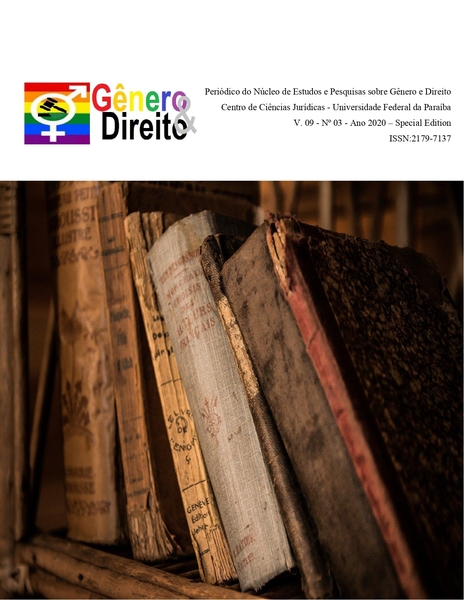