Niger Delta Estuary Nigeria is influenced by tidal currents due to its proximity to the Atlantic Ocean. Tides in the region are mostly semidiurnal, having two high and low water levels each day, with tidal prism ranging from 0.4 to 1.5m. The effects of tidal current reduces with distance inland and are strongest at the inlets with velocity varying from 2.0 to 5.0m/sec. The depth of the Estuary Rivers is controlled by the strength of the tidal currents; areas very close to ocean with stronger tidal effect are very deep; while shallow rivers predominates the hub of the estuary. Tidal current provides the steady supply of energy that moves sediments in and out of the estuaries from the seashore thus determing river bathymetric shapes through modification of existing morphology by eroding or depositing of sediments along the river course, while further sediment deposition is curtailed at the bottom as the estuary gets shallower due to the increasing stirring by waves. Despite all the sediment coming into the estuaries, many canals in the region have remained as open-water bodies, even after some thousand years. This suggests that, the interaction between the tide and the shape of the canal floor helps to regulate long-term sedimentation. However, the Dredged Canals in the Niger Delta estuaries have suffered high siltation rates because of excessive supply of sediments generated by storm/flood waters from upland and disposal of spoils from dredging activities into the water bodies, which causes some imbalance in the estuarine self-cleaning mechanism. Sediment loads entering the mangrove swamp environment are essentially polycentric; suspended fines enter the system both from the sea and the rivers. A mathematical model was formulated to predict and study the behavior of the sea bed levels, tidal heights and currents, in other to understand how they interact with each other. The model was calibrated using data obtained from local field observations and measurements. The model results compares favorably with the field results, with average correlation coefficient of 0.9 (see figures 2-13).The result showed that Niger Delta estuaries erode, accrete, or remain stable, depending on the rate at which sediment is supplied or removed from them by flood waters and tidal currents. 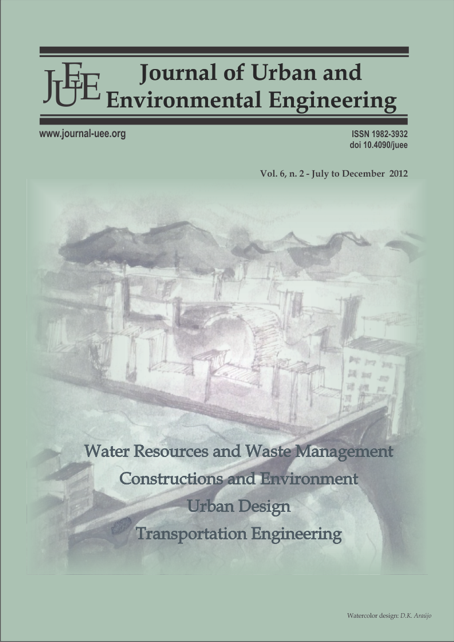 Published
2012-12-26
Issue
Vol 6, N. 2 (2012)
Section
Articles
All Rights Reserved. All items (including but not limited to abstracts, artwork, poetry and articles) published by this journal are copyright of the original authors. To use articles beyond reasonable academic or journalistic norms, you must first gain permission from the individual authors. To reproduce any artwork, poetry, fiction or other artistic forms contained in this journal in any form you must first gain permission from the artist. All authors and artists are responsible for the content of their work, including proper citation, attribution and usage permissions.