Cities are frequently experiencing artificial heat stress, known as the Urban Heat Island (UHI) effect. The UHI effect is commonly present in cities due to increased urbanization, where anthropogenic heat and human modifications have altered the characteristics of surfaces and atmosphere. Urban structure, land cover and metabolism are underlined as UHI key contributors and can result in higher urban densities being up to 10°C hotter compared to their peri-urban surroundings. The UHI effect increases the health-risk of spending time outdoors and boosts the need for energy consumption, particularly for air-conditioning during summer. Under investigation is what urban features are more resilient to the surface layer Urban Heat Island (sUHI) effect in precinct scale. In the context of Sydney, this ongoing research aims to explore the most heat resilient urban features at precinct scale. This UHI investigation covers five high-density precincts in central Sydney and is based on a nocturnal remote-sensing thermal image of central Sydney taken on 6 February 2009. Comparing the surface temperature of streetscapes and buildings’ rooftops (dominant urban horizontal surfaces), indicates that open spaces and particularly streetscapes are the most sensitive urban elements to the sUHI effect. The correlations between street network intensity, open space ratio, urban greenery ratio and the sUHI effect is being analysed in Sydney’s high-density precincts. Results indicate that higher open space ratio and street network intensity correlate significantly to higher sUHI effect at precinct scale. Meanwhile, 10% increase in the urban greenery can effectively decrease the precinct temperature by 0.6°C. 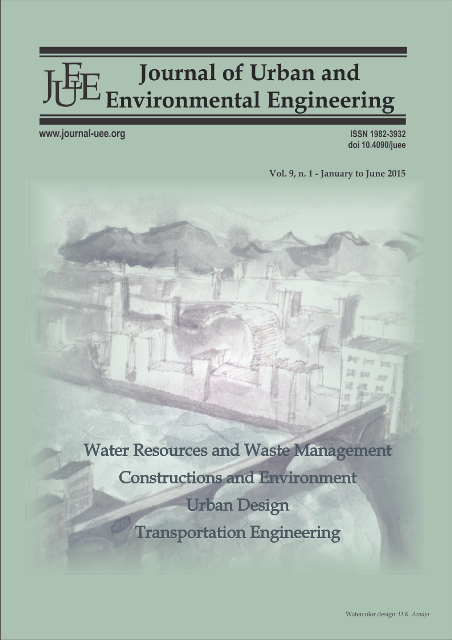 Published
2015-12-27
Issue
Vol 9 No 1 (2015)
Section
Articles
All Rights Reserved. All items (including but not limited to abstracts, artwork, poetry and articles) published by this journal are copyright of the original authors. To use articles beyond reasonable academic or journalistic norms, you must first gain permission from the individual authors. To reproduce any artwork, poetry, fiction or other artistic forms contained in this journal in any form you must first gain permission from the artist. All authors and artists are responsible for the content of their work, including proper citation, attribution and usage permissions.